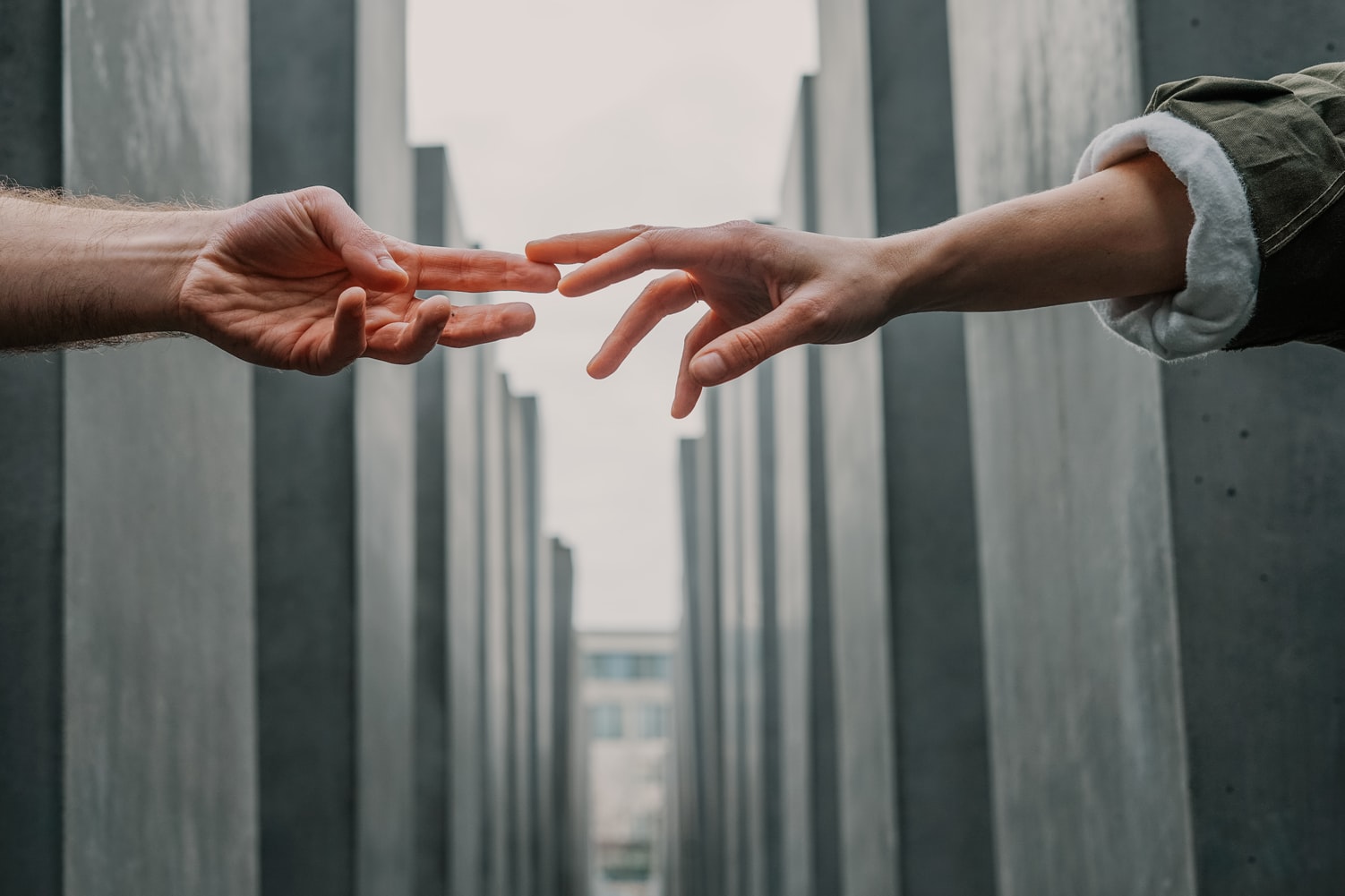 Why we need our political enemies

Amidst the wreckage of the Joe Biden “segregationist scandal” lay a comment of unusual delicacy and insight by the standards of current political discourse.

The comment, subtle as it was, barely registered in news cycles or public debate, swamped by other juicier content. Now that the storm has passed however, and we’ve moved onto other controversies, perhaps we can safely return to it, and analyse what I think is a profound point hiding behind the headlines.

To refresh your memory, Biden’s general point was the importance of working in a civil manner with people “across the aisle” in order to get things done in politics. It’s unfortunate that he chose such an inflammatory example with which to illustrate this idea (his prior collaboration with segregationist senators), but regardless the broad message was clear, and fairly unremarkable.

What was more interesting was a phrase he used to deliver the message:

“Today, you look at the other side and you’re the enemy. Not the opposition, the enemy”.

At first glance, this distinction doesn’t mean much. To most people these two words are pretty much interchangeable, and it’s hard to see what the difference is other than perhaps strength of feeling. Both are seemingly adversaries there to be defeated. But strictly speaking this isn’t quite true. Whilst enemies are indeed “foes” to be “vanquished”, with the eventual “victory” of one side or other being the goal, an opposition relationship doesn’t work like that. Opposing things are not enemies, but rather counterpoints there to balance each other.

In an oppositional system, the goal is not victory, and the eradication of the other side, but rather a constant interplay between the sides in search of a state of harmony.

Examples of oppositional dynamics can be found in things such as light and dark, feminine and the masculine, or yin and yang. In none of these relationships does one side seek destruction of the other. In all cases such a hypothetical outcome would be unhealthy, and deleterious even for the “winner”. No, in these situations both parties explicitly benefit from the balancing presence of the other. Each side has attributes the other does not, combining to create a system which requires both sets of attributes to function.

Understanding of this dynamic is crucial for a healthily functioning political system (or indeed any other “multi-polar” system).

It means that each party, say, rather than seeking to “beat” its counterpoints is in fact completely reliant on them – just as the heart is reliant on the liver, and vice versa. It requires each part to accept and embrace the fact that the other side has insights and perspectives it simply doesn’t have – and therefore the complete victory of one over the other would destroy the system; just as heart or liver failure would destroy the body.

We have plenty of historical test cases that demonstrate the consequences of political “victory” rather than collaboration. We call this condition “totalitarianism”, and it tends not to end well; largely because a single worldview is not capable of containing an adequate amount of “truth” within it.

To understand why this is, it’s helpful to think of the analogy of two cats in two boxes. You may have heard of it. In this scenario each cat is in its own box, with holes randomly punched in it so it can breathe. Naturally the cats cannot properly see the outside world around them, but by peering through the holes they can get a sense of it, adding up to an overall approximation of what it’s really like. The crucial point here is that because the cats each have their holes punched in different places, they get a completely different picture of the world, despite it being the same reality which they are viewing. You can imagine then how a conversation between these two cats might go; both denying the other’s understanding of the world, calling them crazy, when in fact they are both viewing the same thing from different perspectives. In order to get the fullest, most accurate picture of reality, the cats must combine their viewpoints, thus enhancing their vision and improving their decision making skills. Their combined vision will still fall short of genuine reality, which is always out of reach, but it will be considerably better than one perspective alone.

We too, then, are cats in boxes. Our political viewpoints amount to little more than where our holes are punched, and for that reason we are reliant on the opposition to be “another set of eyes”, and enhance our picture of reality.

This isn’t to say, of course, that all opinions are of equal merit, or equally rooted in reality. Naturally within this system it’s possible for us to fill in the blanks of our vision with extremely destructive assumptions. But that’s why it’s all the more important, on a macro level, for the process to be collaborative, not adversarial, as this simple appreciate for the opposite view dramatically decreases our propensity to arrive at warped conclusions.

In short then, we are not in a battle with our political opponents; we are in partnership with them – and understanding this is crucial for a healthy system.

Still, it goes without saying that this philosophy – this open heartedness and even gratitude to the other side – is, sadly, increasingly scarce.

Most of us are so convinced by our opponents “wrongness” that we believe, fervently, that the world would be better if they ceased to exist completely – hence our focus on victory over teamwork. We might buy the cat-in-a-box analogy on a general level, but then turn around in the next breath and exclude our enemies from the picture. This is only to be expected.

To get round this issue, rather than preaching collaboration for collaboration’s sake, perhaps it would be more beneficial to have a specific understanding of our mutual roles are in the system. It’s easier to make a case for the liver when you know what the liver is for, rather than just saying “hey, it’s necessary, take my word for it”.

The easiest way to do this is to analyse the roles on a conservative / progressive axis. Although this is a massive simplification of political dynamics, it is a helpful model to use because 1) it covers a huge amount of ground, 2) the positions are directly oppositional, a “yin and yang” relationship, and 3) they transcend specific issues, representing higher level world views; almost taking the shape of personal “dispositions”, rather than political opinions.

Looked at through this lens, it becomes much easier to extend respect to our opponents.

Painting in very broad brushstrokes, the job of progressives is to never be satisfied, identify problems, put forward solutions to fix them, and (in their eyes) essentially move things “forward”. Thus the word “progress”. Conversely the job of conservatives is to apply scepticism to these ideas, identify second-order consequences, protect institutions, and represent humility and caution in the face of what might be progressive “hubris”, and its attendant risks. Thus the word “conserve”.

How this applies to policy specifics doesn’t really matter for our purposes here. What matters here is the role of the two broad impulses; which essentially represent the position of the holes in our boxes. The outer reality changes, but the position of the holes remains the same, and thus at all times it remains important for each side to understand the other’s essential role.

Generally speaking, at least at the moment, it appears to be harder for progressives to understand the role of conservatives than it is the other way around. You are probably familiar with various studies such as The Perception Gap which show that conservatives (“Republicans” in that particular study) are better at accurately explaining the views of progressives (“Democrats”) than vice versa. The same thing was shown in the UK except with “leavers” and “remainers” as the two polarities – not precise representatives of conservatism and progressivism, but close enough.

This is probably to be expected, because progressivism represents a “direct” form of politics which is hard to misinterpret, whist conservatism represents a slightly more complex “indirect” analysis.

Progressive policies, seeing as they are normally explicitly designed to fix a certain problem, tend to “wear their intentions on their sleeves”, making it quite easy to understand their motivations. Conservative policies, on the other hand, tend to be based on the ideas that either 1) a certain progressive idea will have damaging indirect consequences, and therefore may do more harm than good, or 2) that to fix a certain issue it’s best to adopt an indirect or “hands off” approach. This means that ultimately it’s very easy to misunderstand or misrepresent a conservative policy, because they often stand in opposition to ideas that have good intentions – giving the impression that they are “against the intention” rather than the more accurate motivation of simply being against the methodology. The optics are bad, but the underlying philosophy is completely reasonable; as reasonable as the argument that you won’t reach your destination in a car that has no brakes.

This mischaracterisation, understandable though it is, and the bombastic conservative response to it, is arguably central to the rise of “enemy” culture in politics, and the erosion of treating our counterpoints as allies.

The remedy for this, fanciful as it may seem, is not only “civility”, but in fact an actual celebration of our political opponents and their essential role in our system. I do not expect to see a candidate standing up and thanking the other side for keeping them honest and helping them refine their ideas any time soon (bracing as that would be) – but it shouldn’t be too much to ask for there to be a general civic understanding that:

Politics is a collaborative process, not one of conquest or defeat of ones enemies
Both the progressive and conservative perspectives are necessary and complementary, combining to reach the optimal solutions for what are, underneath it all, shared goals

It’s a point I’ve made on these pages once before, but I think it bears repeating: the beauty of democracy is not that it gives people what they want; it’s that it gives nobody what they want. A democratic system is a system of balance, wherein it’s impossible by design for any one side to fully “win”, and where in fact the ultimate shared enemy is not the opposition, but in fact the notion of “winning” in and of itself.

Thus we should express appreciation and gratitude for our counterpoints, because they represent the eyes in the back of our head; the dormant side of our brain. And if you must pick an enemy, and find someone to defeat, make it those of any political stripe who seek “victory” for their own point of view. Because the supremacy of one viewpoint is ultimately destruction of them all. 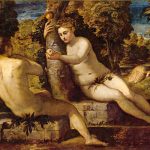 The Fall – the evolutionary reality of Adam & Eve 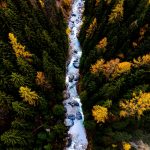 The Way – an introduction to systemic strategy 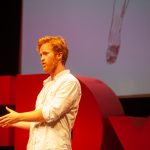 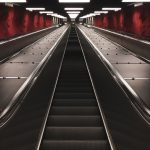